A quick and easy technique to capture the essence of a subject using pen and ink and just two colors. Complete step by step instructions, HD Video, PDF Download, Rent or Buy

The Blackall workshops are always a lot of fun. We get to meet people from surrounding sheep and cattle stations and local Blackall residents in the first workshop then folks fly in or drive from all over the place for the second workshop.

This year we left a couple of weeks early so we could visit Mt Moffat on the way west. Mt Moffat is part of the Carnarvon National Park. It connects to the head of Carnarvon Creek at the western end of Carnarvon Gorge and extends south.

Similar eroded, pale sandstone to Carnarvon Gorge is found throughout the Mt Moffat section. Access is by 4WD – there are some deeply rutted tracks, sandy sections and steep climbs up onto the plateau.

There are interesting sandstone formations and many escarpments and rock faces with aboriginal art work. 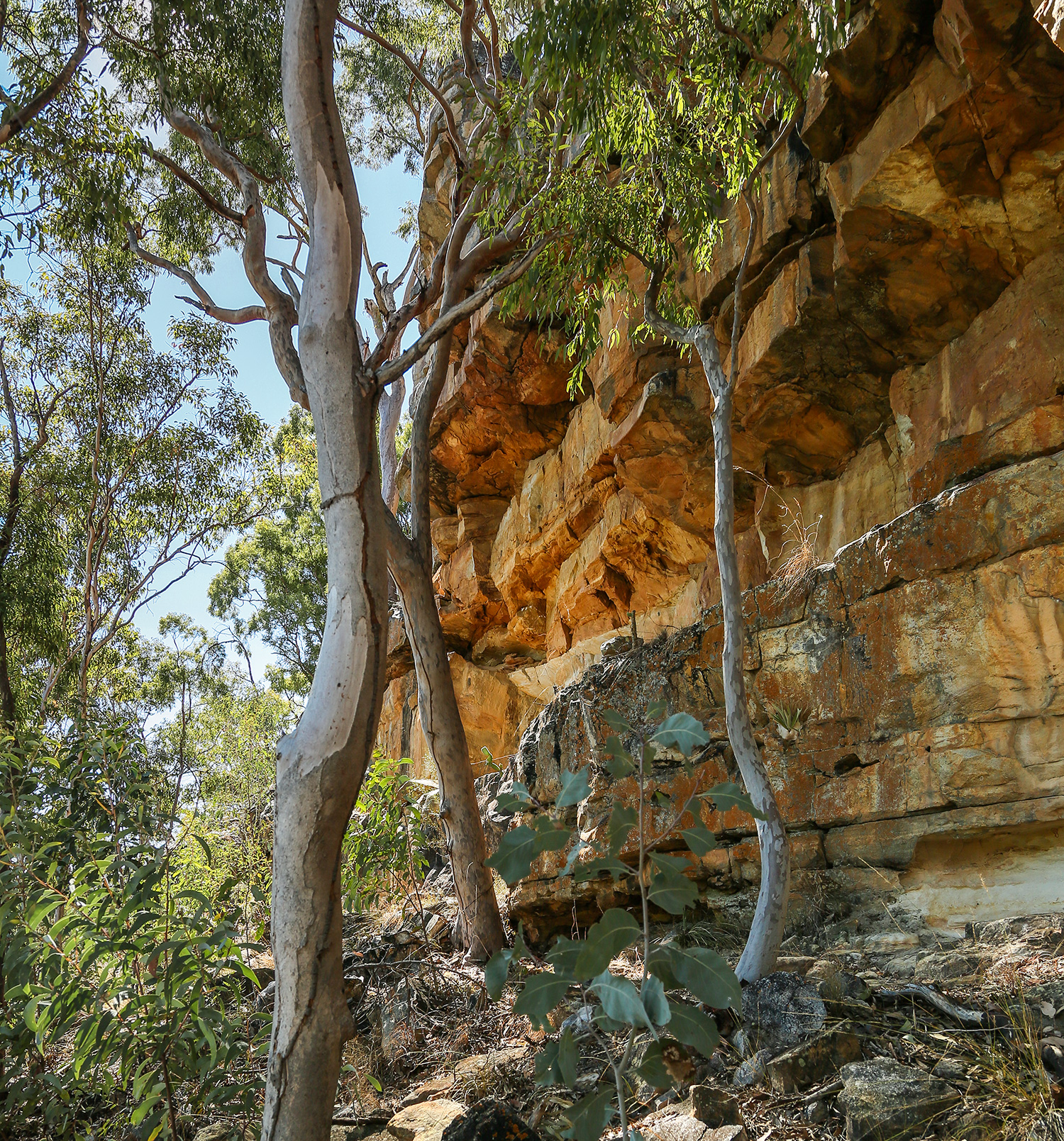 We camped at Dargonelly Rock Hole. It was the only water source in the area, so animal and birdlife was pretty spectacular particularly early morning and late afternoon. 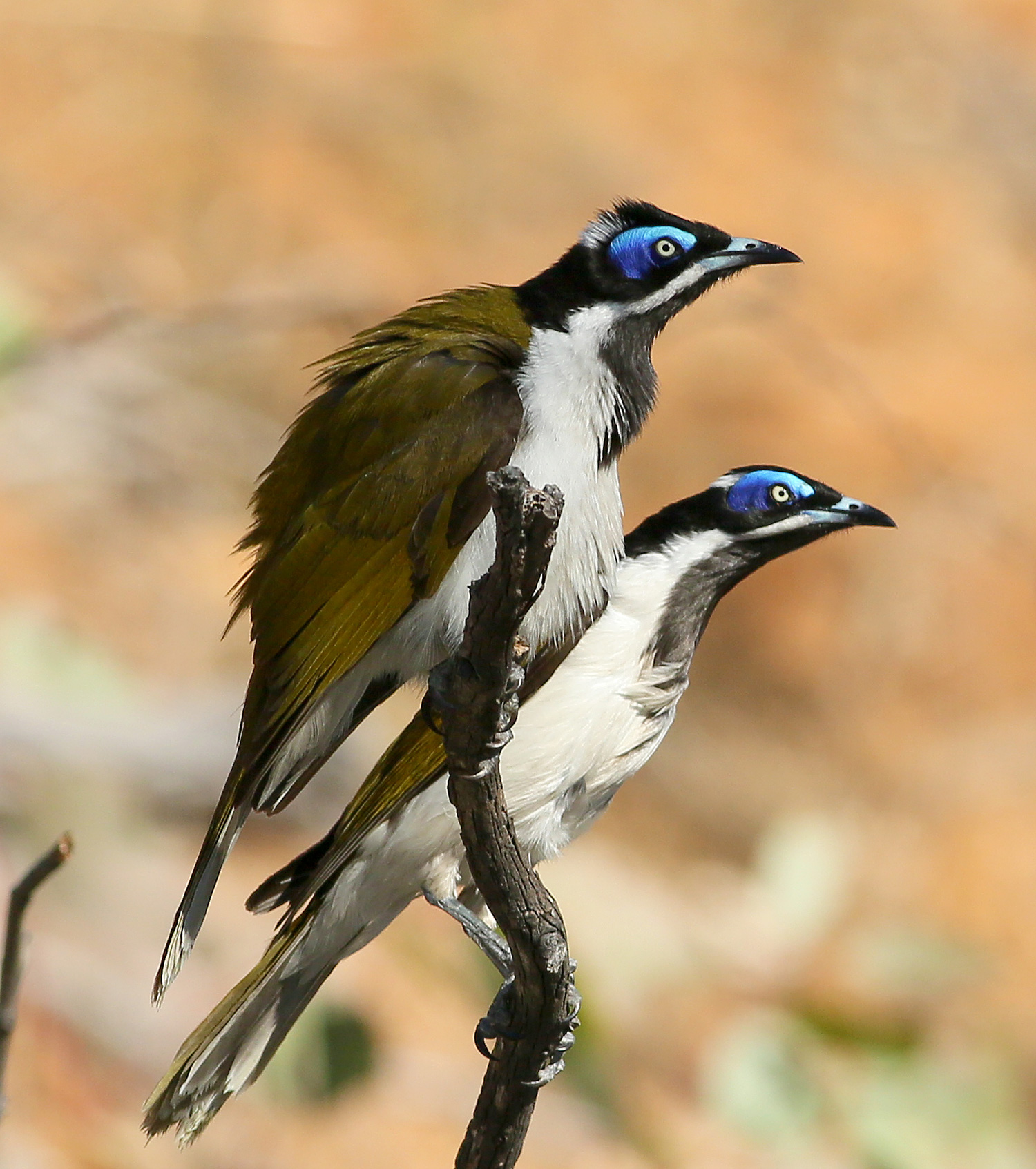 On top of the plateau the view stretched out in all directions. The plateau is over 1200 meters above sea level – the highest plateau in Queensland. We drove up to the head of Carnarvon Creek, where the track winds through a forest of giant Mahogany trees. 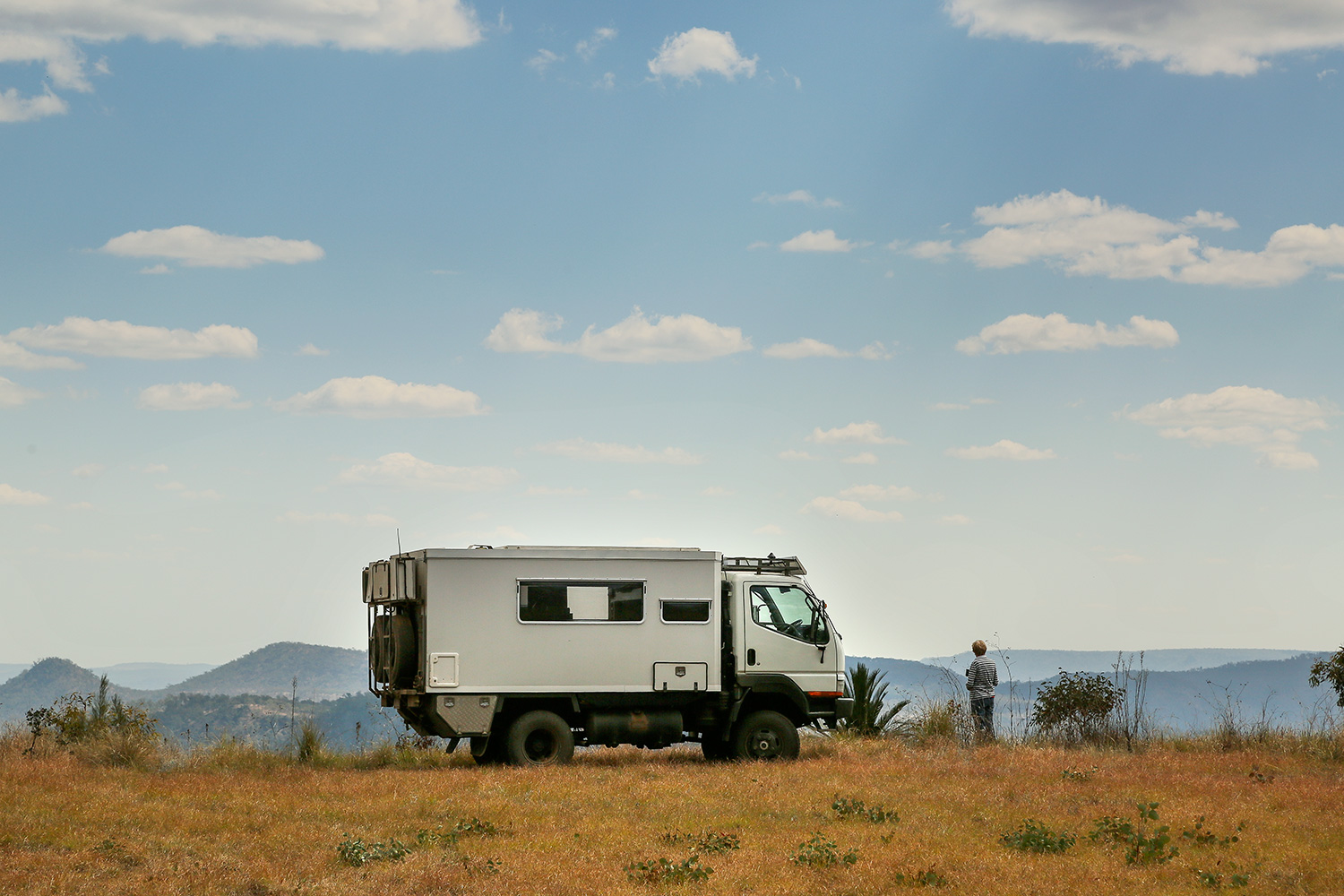 Small slab hut on the road into Mt. Moffat 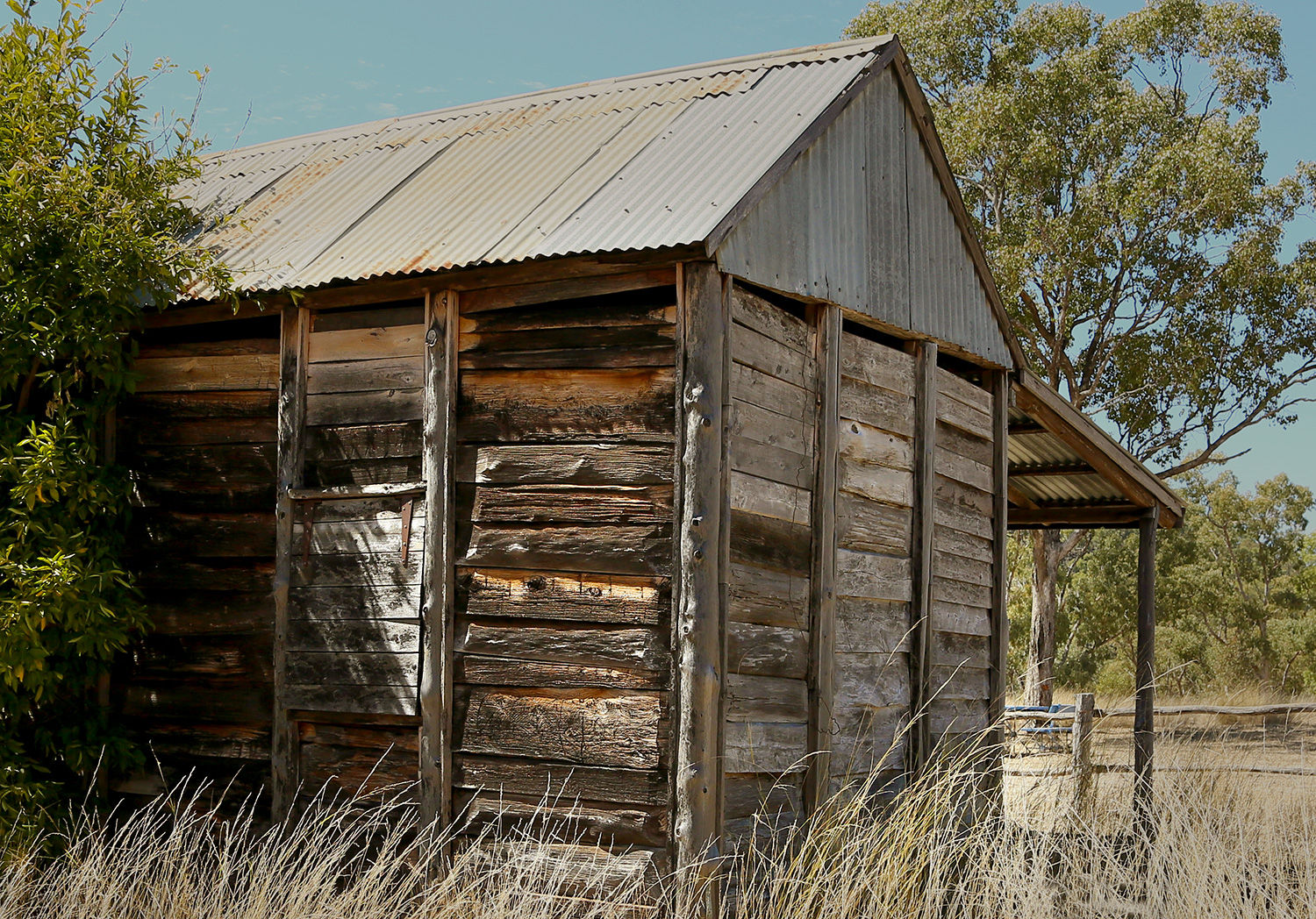 We were lucky enough to arrive in Blackall the night six musicians, all from different countries, were performing at the Living Arts Center where we were staying. It was amazing how well such a diverse group of musicians could all blend perfectly into music from any of the six countries. It was great to meet these musicians and hear their stories.

We had a couple of days between the two Blackall workshops, so drove out to Yaraka – the last town on the railway line before it closed down in the 1990’s. Below is the small settlement of Emmet along the same defunct railway line.

I love visiting the Blackall wool scour. It closed down years ago but has been kept in running condition as a tourist attraction. It looks like something from a horror movie. Everything is belt driven, powered by a steam engine. Over a kilometre of leather belts keep everything moving. With all this mechanical movement there is barely a sound – it is all so well built and maintained.

Heading home we passed the Roma sale yards where one of the weekly cattle sales were in progress. It’s an amazing event. Road trains arrive from near and far, cattle are unloaded, auctions take place then cattle are re loaded and delivered to the successful bidders. The auctioneers speak their own language at a speed only understandable by those in colored shirts and big hats. It really is a spectacle. 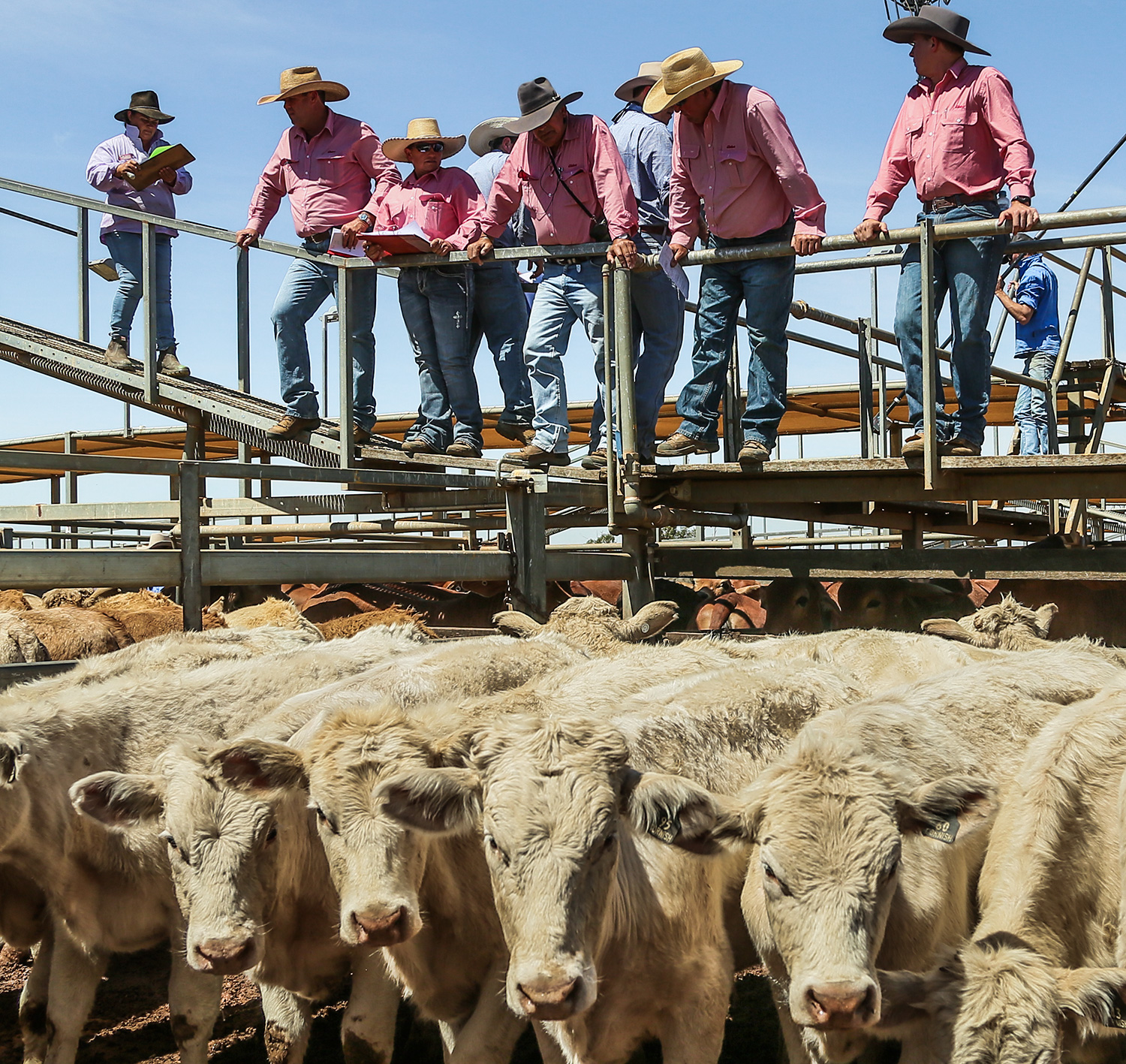 There is nothing like a collection of old sketchbooks, diaries and journals to fire up the imagination and generate ideas. This article examines these often neglected resources.

Looking forward to some great workshops coming up – Australia, Canada, USA and Italy…

Join me painting this beautiful little waterfront village in the South of France. Learn new skills and techniques with a simple, straight forward approach suitable for all skill levels.

On the coast of Vietnam, east of Hanoi, is the world heritage listed Ha Long Bay. Scattered throughout the bay are around 2000 spectacular limestone islands. The constant heavy mist (either coastal fog or Hanoi smog) adds to the mysterious appearance of the region.

Paddling out to sea 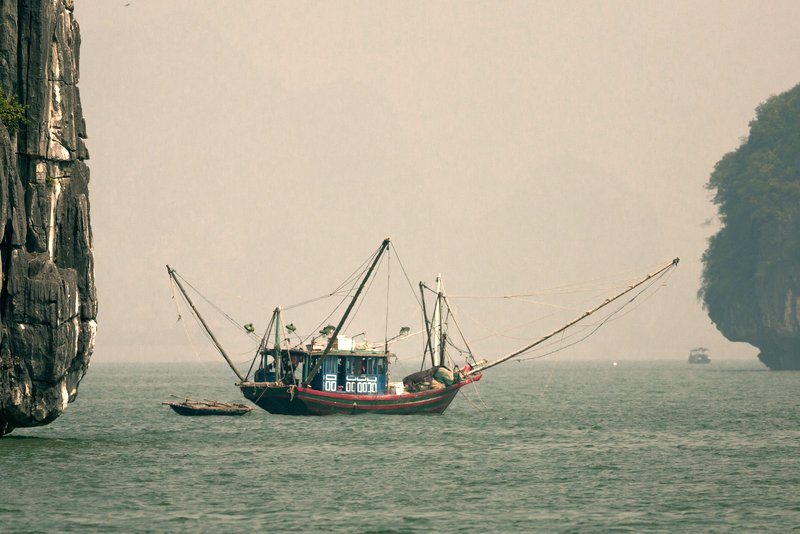 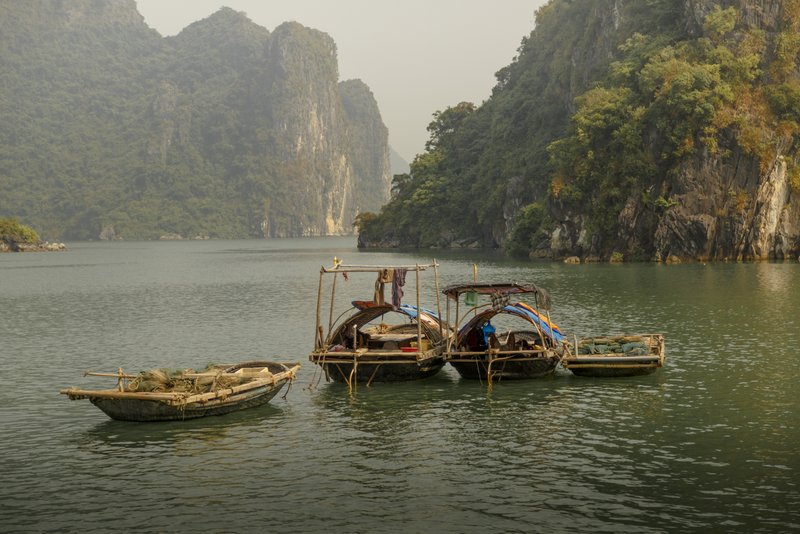 Here are some of the demo paintings from the Tasmanian workshop. 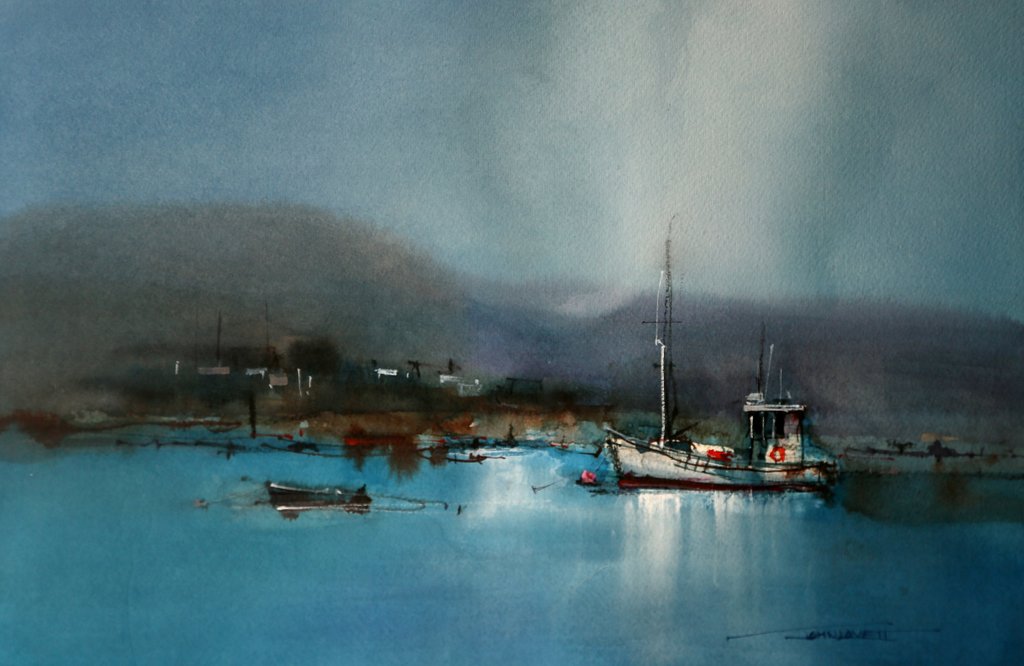 Cray Boats moored in the bay at Bicheno – Gesso, Gouach and Phthalo Blue

Old boat sheds at Coles Bay made a great subject – interrupted briefly by the retrieval of a dozen yellow kayaks paddled into the bay. 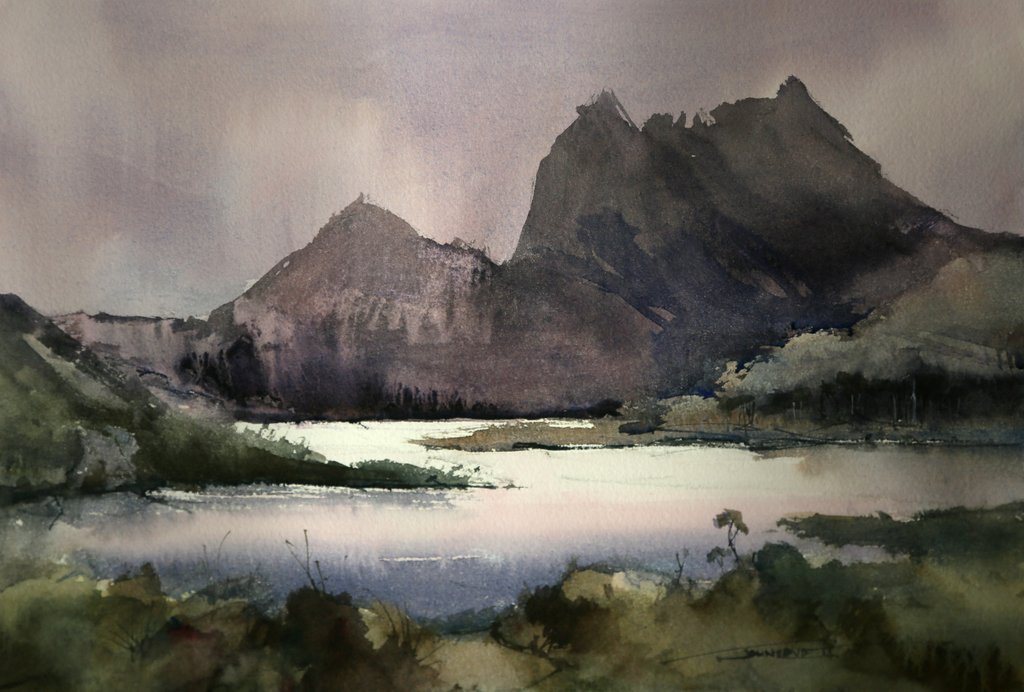 Dove Lake at Cradle Mountain is a spectacular sight. We were lucky to be able to paint it – the mountains are usually blanketed in thick fog.