Everything is extreme in Barcelona – the food,  the fashion, the bars, the music and the architecture.

Antoni Gaudi’s amazing buildings dot the city and have become some of  the city’s major tourist attractions. 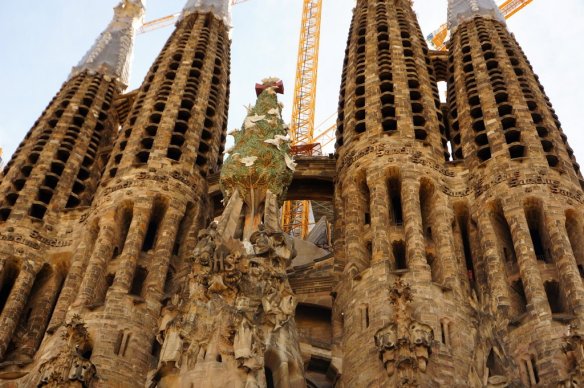 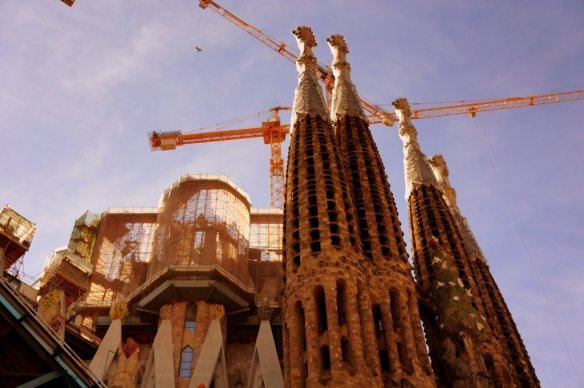 Some of the architecture prior to Gaudi was pretty wild and elaborate too. 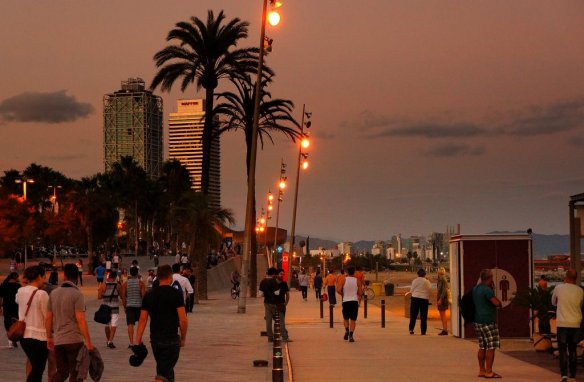 9:30 at night and the city starts to come alive – bars and restaurants start to fill around 10 or 11 and crowds are heading home as the sun comes up. 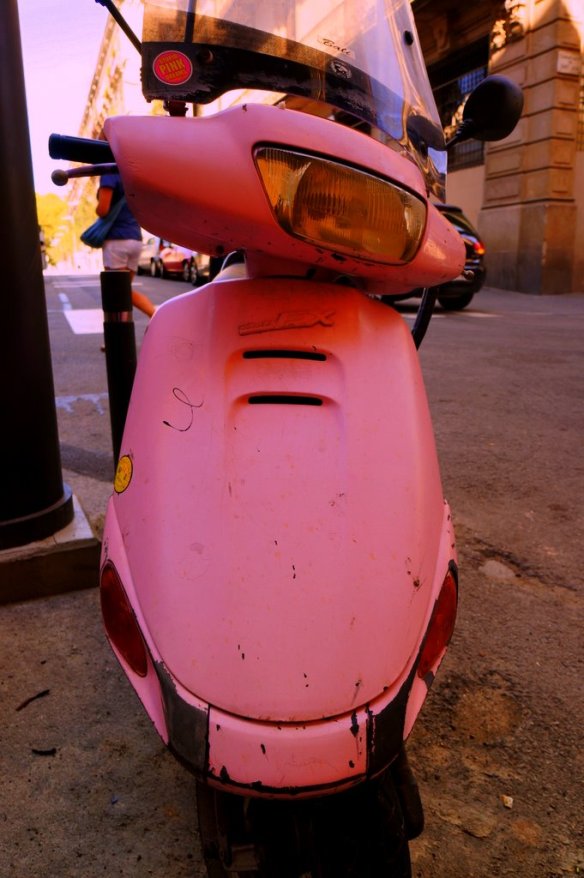 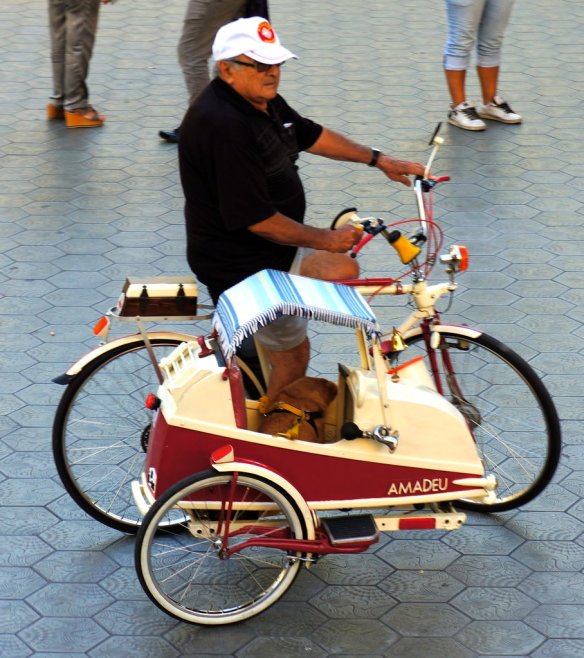 Man with dog and sidecar.

The Barcelona Maritime Museum had an exhibition of giant puppets used for festival performances in the city. It’s a weird feeling standing next to these huge papier mâché figures, twice the height of an average human. 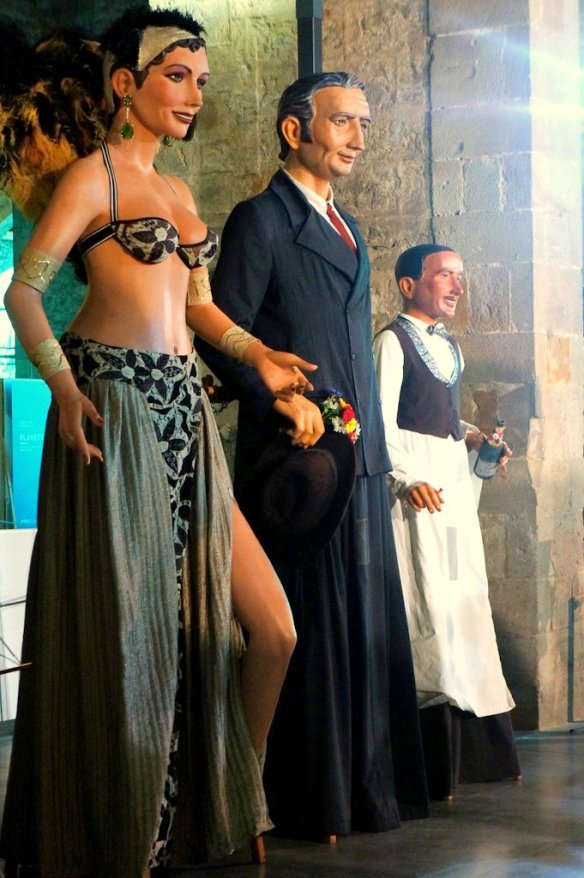 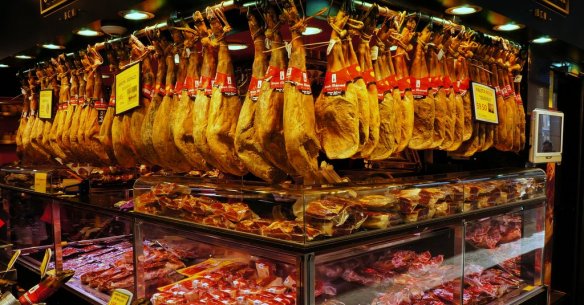 Ham in Spain is an art form. Jamón de bellota, made from acorn-fed black-footed Spanish pigs fetches up around 200 Euro/kg for the best quality. The markets in Barcelona have hams ranging from thirty Euro/kg upwards and the vendors are happy to coax you into purchasing by slicing off tasty samples.

This is a replica of the Royal Galley which was built in Barcelona in 1568 and was the dominant warship in the Mediterranean up until the 17th Century. The ship was 60 meters long and powered by 59 oarsmen.

Inside the galley is not near as impressive as outside.