After a week in the Eastern Macdonnells we wound our way slowly back to the Plenty Highway and east to Boulia. From Boulia we took the Kennedy Development Road back to Winton.  This road takes us through the old settlement of Hamilton – once an interesting pub, now a roadside stop with remnants of the old settlement.

The roadside stop even has a shower – with cold and cold running water! 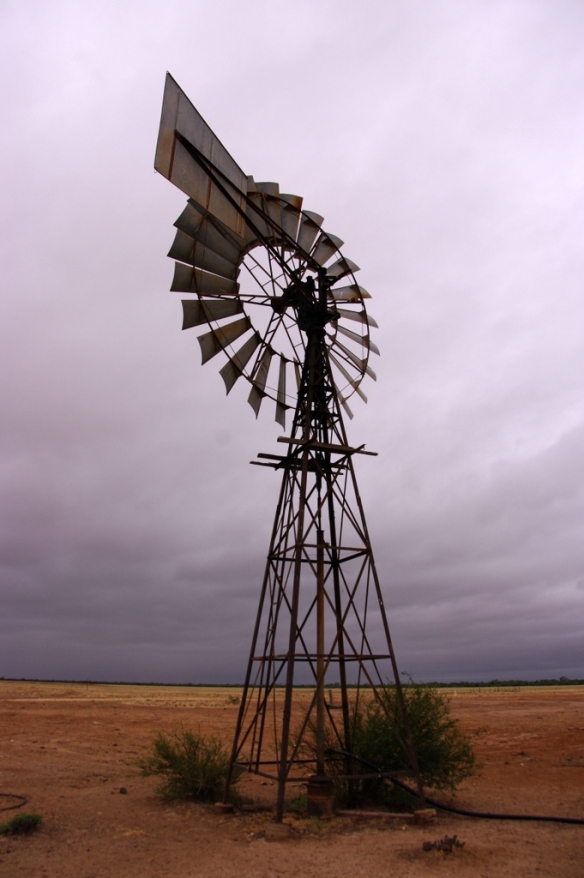 This old windmill still pumps water up from underground to supply the shower.

Middleton Pub is further along the Kennedy Development Rd towards Winton. It has gone through a few changes over the years. The photo above is 2012 and the shot below is how it looked when we stopped there back  in 1982. 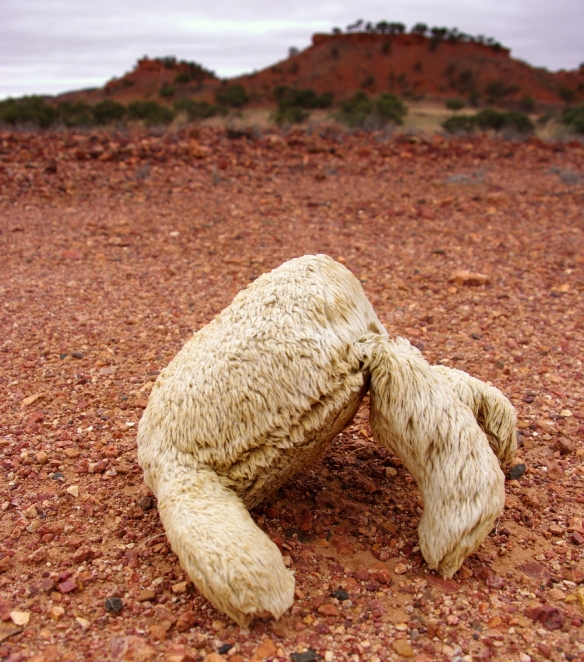 We found this wet teddy bear, overcome by the grandeur of it all, head buried in the sand.

The Cawnpore lookout provides a great panorama of the hills. 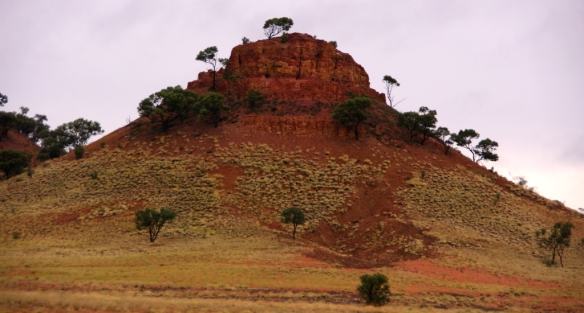 The Kennedy Development Road is normally a 360km single lane strip of bitumen connecting Boulia and Winton. Unfortunately about 20kms approaching Winton had been dug up to be resurfaced. This would have been OK except heavy rain had turned the detour into impassable bog.

There were two road trains bogged in the mud and two more, each loaded with 120 ton of cattle, stopped on the edge of the formed road. The drivers told us the road had been closed so we camped the night on the road behind them. (Big fines for driving on closed roads.)  In the middle of the night another truck arrived and tried to drive around us, only to slide down, bogged in the side drain. Next morning road workers arrived with a grader to pull the road trains through.

We managed to churn our way through in front of the grader. Once in Winton we headed for the wash down hose at the saleyards to remove what looked like half a tone of thick sticky mud form under the truck.