Mt Etna is one of the worlds most active volcanoes. It last erupted in 2008 and, according to our guide is overdue to erupt again. He took us up to the 2000 meter level and the scene is pretty impressive.

Huge lava flows have built up the landscape on the southern side of the mountain. The eruptions causing these flows have been occurring every 3-4 years 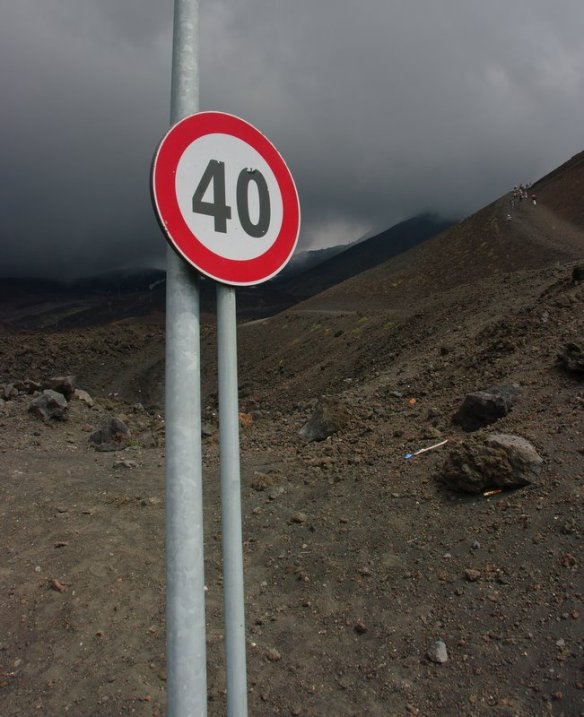 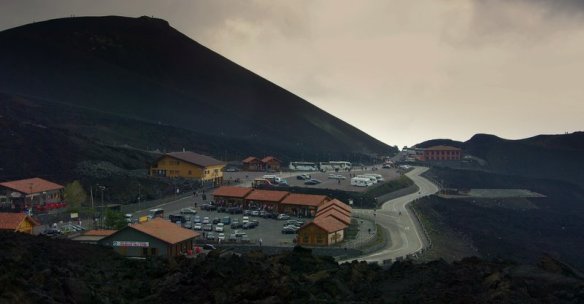 This tiny village was destroyed and re built several years ago, eight meters above it’s original location

Insurance is impossible for buildings on an active volcano, but the Sicilian government will pay up to 60% towards re building provided the business employs a certain number of people. 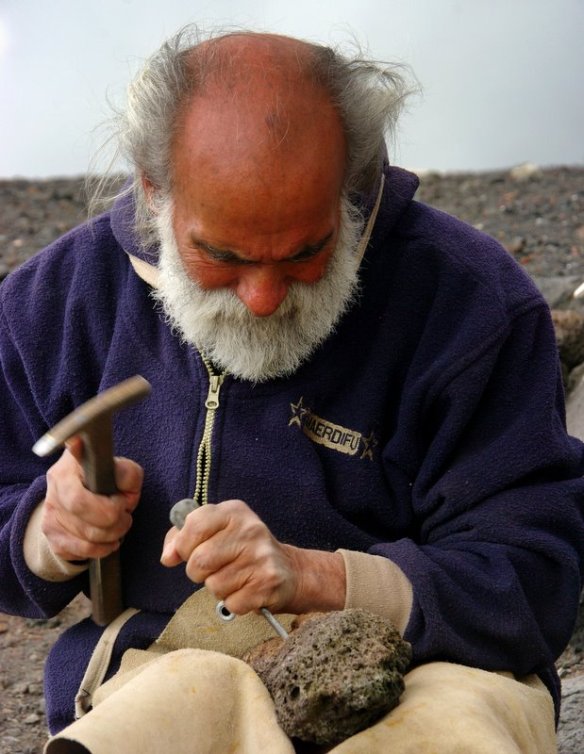 This guy gets around the problem by sitting outside in the freezing cold, carving and selling lava heads.

At the 2000 meter level there are several craters from previous eruptions.

We would have liked to have seen gushing lava and rocks being shot into the sky, but had to be satisfied with evidence of previous eruptions. The steam and strong smell of sulphur, according to our guide, indicates that an eruption is eminent. 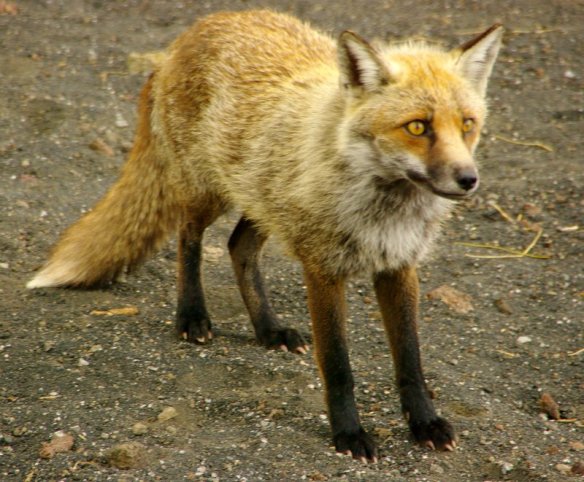 Red foxes live up around the snow line on the mountain. This guy was coaxed out of the woods by some tasty Sicilian pastry. 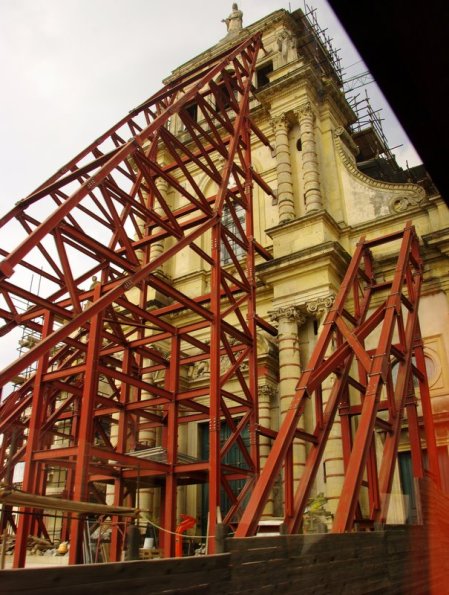 At the foot of Mt Etna is the small town of  Nicolosi. It still shows evidence of earthquake damage caused by past eruptions.