The Great Central Road skirts the Gibson and Great Victoria Deserts so water is pretty scarce. There are, however, a number of rockholes with permanent water scattered throughout the region. Whenever we saw one marked on the map we would seek it out with the aid of a GPS. 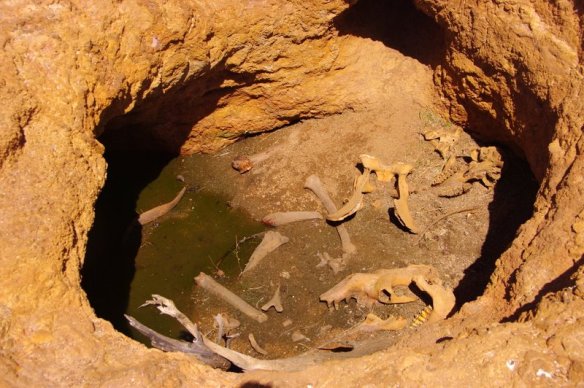 Some we found contained the bones of camels.

As we approached one of these waterholes we spotted a dingo running away. We didnt think much about it until we reached the hole and found this poor old camel trapped and struggling. 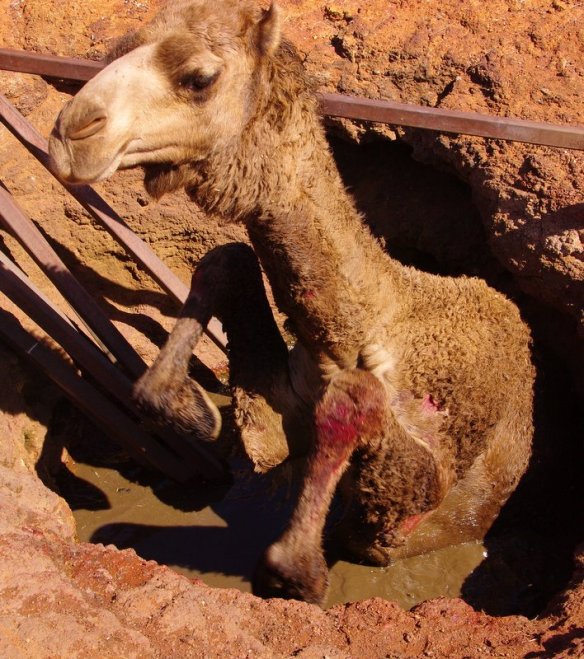 He was exhausted and badly cut from fighting to extract himself.

If we left him he would have soon become a meal for the dingoes. We decided to try and pull him out of the rockhole. The caravan was unhooked and the car moved close to the waterhole. I managed to throw a rope over his neck and pull a snatch strap around him. 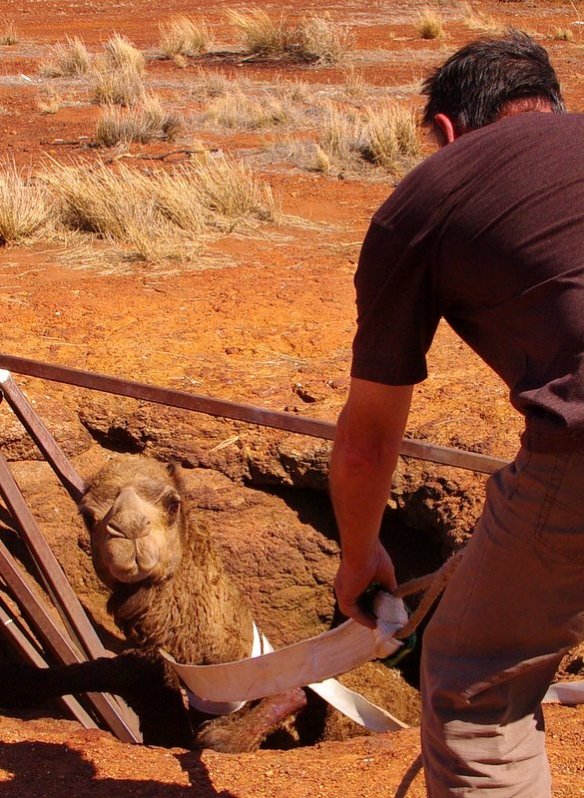 With the car in low range we slowly hauled him out. I expected him to lay there for a while recovering but as soon as I undid the shackle attaching the rope to the car he jumped to his feet, shook himself, then took off.

He was last seen disappearing into the desert with a snatch strap and rope. I followed him for  five minutes expecting the rope to fall off, but by that time he was half a kilometre away so I left him to it.  A good excuse to return and search for the strap one day.

4 thoughts on “CAMEL IN WATERHOLE”